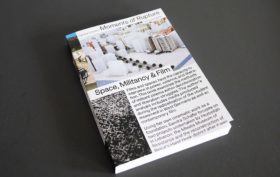 Films and spaces have the capacity to intervene in the nexus of power, violence, and liberation. Sandra Schäfer’s book "Moments of Rupture. Space, Militancy & Film" examines the methods of militant cinema within the decolonisation and liberation struggles of the 1960s and 1970s. The author analyses contemporary film and the media produced during the radicalisation of the student movement in West Germany. Using her own cinematic work as a foundation, Schäfer eventually focuses on two "projects" undertaken by Hezbollah in Lebanon. She presents her book in conversation with architect JosephWeiterlesen 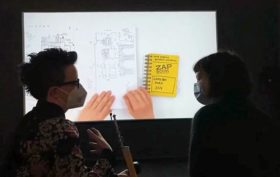 "Mapping along" was made possible by the participation of a wide range of artists from many different places. In the run-up to the exhibition, metroZones spoke with them about the role of mapping in their work. The conversations were recorded on video. Here you find clips with Peter Spillmann, Katharina Pelosi, Pedro Ceñal Murga, Larissa Fassler, Christoph Schäfer, Stefan Endewardt and Joerg Franzbecker, Tytus Szabelski and Jeremy Tenenbaum.Weiterlesen